My favorite Holiday trip was taking the Grand Canyon railway from Williams Arizona to the Grand Canyon in December. It was so magical, everything was covered in snow, it sparkled and glistened in the Arizona sun.

We rode in the club car, that was the train car with all the snacks and drinks. Zane and I had a contest of who could drink the most Coca Cola in glass bottles, I think we topped out at 14! The train stopped along the way to the Grand Canyon and a skit was performed on the train with fake robbers and cowboys, it was a lot of fun to get to play along and feel like I was taken back in time. 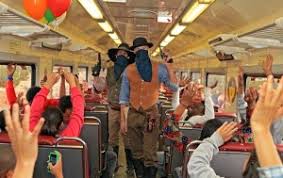 Once we arrived to the Grand Canyon we were able to look out over the majestic Canyon draped in snow. It was one of the most breathtaking scenes I have ever seen. Even at the young age of 10, I stood at the Canyons edge and felt spiritual about what was in front of my eyes. 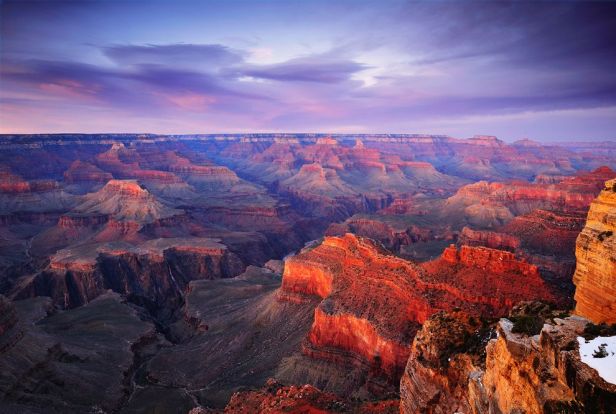 After taking pictures of the Canyon and taking in all the beautiful sights, we began to play in the snow. I had the best snow ball fight of my life with my brother, that is until he hit Mom in the back of the head with a snowball. That was the end of snowball fun. We then went into a small cafe that overlooked the Canyon, and drank hot cocoa and ate lunch. After lunch we explored some more, and before we knew it it was time to ride the train back to Williams. The ride back was just as beautiful, watching the winter sun slowly set against the Canyon was one I’ll never forget. Thank you for letting me share my story with you. 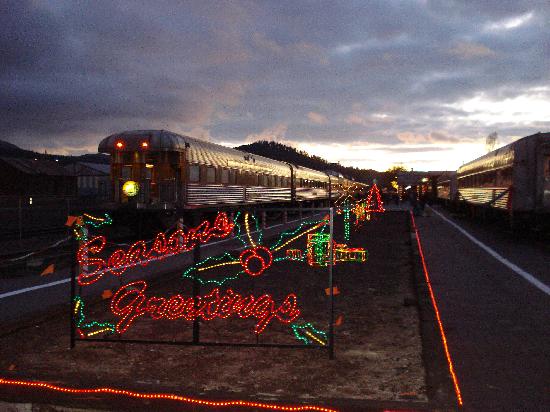 Thank you Emily for a wonderful story and allowing me to share it.  I took the liberty to add photos.  Editors not.  The Grand Canyon Railway is a wonderful trip for all ages.  I would highly recommend it.  It is even more special during the holiday season.  Thank you for stopping by and happy travels.